You know a great street when you see one, even if you can't explain why.  There's just something that lifts your sprits.  And you notice other people feel the same way—their posture is more upright, their step bouncier, their eyes more alert, their faces relaxed.

The promise of spontaneous encounters is what we want from streets, even if we think we're there just to run an errand or get a snack or take a walk. Those are usually excuses to be somewhere that makes us happy.

This photo gallery presents some of the finest streets in the world, focusing on Gdansk, Buenos Aires, Paris and Istanbul,  all of which offer lessons we can apply to city streets in our own communities.

Ulica Mariacka is one of the world's best and most engaging streets. The raised terraces in front of  buildings—once front porches of homes where merchants and goldsmiths lived— stimulate vital social interaction on three levels: the terrace, the street and the basement steps. It is a perfect setting  for outdoor dining, retail displays, stages for musicians to perform and a spot to watch people strolling past.

Calle La Defensa is a memorable street any day—but especially Sunday when crowds gather to walk, shop, dance, eat and have fun interacting with the street performers.  Toward the south end of the street is Plaza Dorrego, with a market that includes antiques and locally made souvenirs.

This intersection in Buenos Aires' Palermo neighborhood (seen here from many angles) holds several lessons for making sure streets serve people on foot, not just motor vehicles.  The most most important step is expanding the sidewalk to stimulate more life on the corner, which also encourages motorists to drive more safely.  This extra space allows impromptu socializing and sidewalk cafes to flourish. The absence of stoplights and signs at intersections also helps slow down the traffic (as the Dutch traffic engineer Hans Monderman recommended).  Drivers must come to a stop, taking in all the activity on the street, before pulling into the intersection.  Entrances to corner buildings are canted at an angle, opening on to both streets at the same time, which adds to the town square feel  of the corner.

Paris: Three Streets That Show the Wonder of Three Neighborhoods

This block (immediately below) on Rue de Buci provides ample space for people to spontaneously meet, socialize and enjoy a memorable experience.  The curved design of the roadway allows access to both pedestrians and vehicles (although few motorists drive here because the number of people strolling slows them to a crawl).  A healthy mix of shops, cafes, hotels and other businesses make it a place people want to go.

The "River of Life" Flows" Through Historic Istanbul

William H. Whyte described streets as the "river of life", a phrase that vividly captures the spirit of sociability that infuses Turkey's largest city.

The Grand Bazaar is one of the largest and oldest covered markets in the world with 61 covered streets and over 4000 shops.  There are five major gates (along with other streets) that connect the Grand Bazaar with other bazaars and areas that are all part of the district.  The shops in the market include textiles and carpets, countless jewelry shops, spices, souvenirs, cafes, fountains, historic artworks, a series of courtyards.  The rooftops of the Grand Bazaar have cafes, restaurants, toilets, banks, a post office, police station, and a mosque.

1) Roadways— The Neighborhood streets have just one—or no—vehicle lanes, which allow wider sidewalks.  Many streets have no curbs, which sends a message to pedestrians that the streets are theirs. Some use bollards as props or for leaning or to carrying on a conversation.

3) Mix of Uses—There is a variety of stores and businesses, which is key to the social success of a street, particularly ones open at different times (weekdays, weekends, seasonally) to ensure things are lively from morning from to midnight.

4) Human-Scale—The buildings are generally two to six stories with  housing or offices upstairs.  Ground-floor cafes, markets, shops and other businesses that welcome the general public become an extension of the street life. When the base of a building has blank walls, it deadens the feel of an entire block.  Even windows without much to see, such as those found in many bank lobbies or pharmacies, can feel like visual blight.

The mission of the Social Life Project is to incite a renaissance of community connection around the globe. It is an initiative of the Placemaking Fund, along with PlacemakingX — a global network of activists and community champions propelling the movement forward. 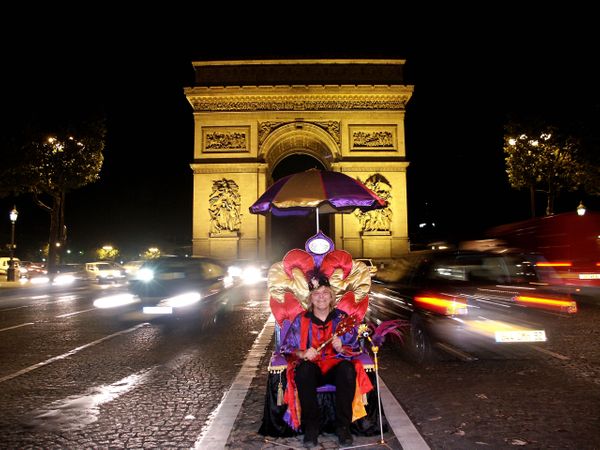 Cities were “an invention to maximise exchange and minimise travel”...I am fascinated about, "How the design of the public realm impacts the quality of social, cultural and civic life." 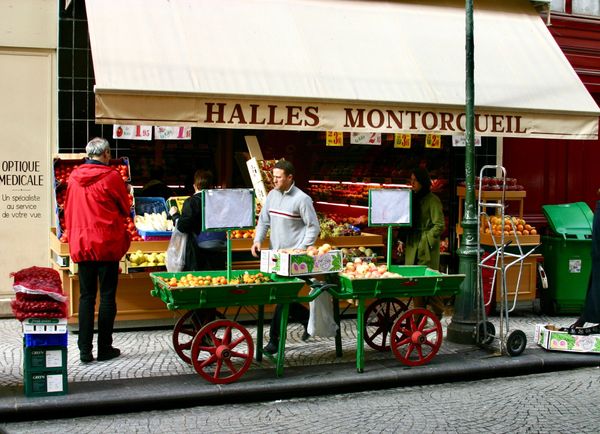 Thresholds where storefronts and buildings connect with the sidewalk —is the place to reunite communities and jump-start local economies after these long, hard months.