Cities today are resurgent in popularity and population growth, so the time is right for exploring how we can make them better.  In our experience, taking a close look at how things are done in successful communities—as well as communities that fall short of the mark—offers clear lessons.

The key to making sure places thrive is fulfilling the needs of everyone who lives there—rather than focusing on the demands of cars, traffic engineers and real estate developers. The way to do that is creating multi-use, multi-dimensional public spaces— attractive, engaging places with many things to do so people of all ages and backgrounds will want to gather there.

Waterfronts are often the place to start because they are strongly linked to the identity and history of a city. There could be no Stockholm without the harbor, no San Francisco away from the bay, no Rio with no beaches. Most cities grew up around the water, but these birthplaces later became shunned as sketchy, polluted, disreputable places.

Now—from Abu Dhabi to London to Vancouver— waterfronts have been reimagined as vital civic assets.  This presents an ideal opportunity for launching placemaking campaigns that involve the entire community in shaping  public spaces that reflect their aspirations.

It's important to remember that placemaking means more than just adding distinctive or "cool" features to a location. It's about creating a place that engages people to do something more than look at it. It's about generating activity we want to join in on, connecting us with other people.

The waterfronts of Paris, Porto and Brooklyn offer important insights about what makes a place beloved by those who live, work and play there—and what doesn't. The secret is paying attention to how people actually use waterfront spaces. Below we show what sparks social activity and interaction in Paris and Porto— and how limited the options are in Brooklyn Bridge Park by comparison.

Porto, Portugal's second largest city, straddles the Douro River near where it merges into the Atlantic Ocean. The waterfront is gloriously historic. It's easy to imagine what life was like here 150 years ago.  The sheer pleasure that arises strolling these streets explains why Porto has become a pilgrimage site for city-loving travelers.

Porto's riverfront fosters activity all year around.  Streets cascade down from hilltops to the riverside promenade, which is fronted by cafes, shops and public seating that encourages people to to linger.  This district is recognized internationally for bustling public spaces that stretch over a wide geographical footprint, enlivened by three entry points funneling people into every section of the promenade. The rich interplay of all these elements adds up to one of the world's top waterfronts.

The Secrets of the World's Best Waterfront

The "city of light" on the Seine has long represented the gold standard by which all other cities are measured.  Until recently, however, the Seine itself was not considered one of Paris's highlights. Indeed, it felt like gash ripping the city apart with wide riverside roads and roaring traffic.

That's changed dramatically over the past 15 years, as a series of projects transformed the river and a canal into what we believe is the world's #1 waterfront.

For many years, the Georges Pompidou Expressway barred public access to the Seine in most places, until the city government stepped in to prioritize people's enjoyment over the needs of cars. The upper roads along the river have been narrowed, allowing people on foot, on bicycles and pushing baby strollers to feel at home along the river and the city streets above it.

A sandy beach and pop-up restaurants changed the whole feel of the Seine —at first during the summer months, but now all year thanks to a permanent promenade and play areas. Numerous family-friendly activities today make the river seem like a zipper, uniting the Left and Right Banks.

Greatly-Loved New Places on the River

Paris Plage ("beach" in French), a bold experiment to create the ambience of a seaside resort in the heart of the city, lasted only 6 weeks in 2002. But its wild popularity led to the pedestrianization of both banks of the Seine, returning the riverfront to its  rightful role as the heart of Paris.  The"Plage" became a model,  for a  seasonal beach project we recommended for Detroit that helped recharge the downtown—one of many projects around the globe inspired by Paris's reinvigorated riverfront.

Upriver from Notre Dame Cathedral, the riverfront has been animated by seasonal restaurants and bars that remain hopping into the early hours of the morning.

A Lesson on What not to Do

Brooklyn Bridge Park is the borough's face to the world, offering great views of internationally renown sights like the Manhattan skyline, the Statue of Liberty and Brooklyn Bridge itself.

Paris and Porto offer instructive examples for improving Brooklyn Bridge Park as do waterfronts in Stockholm, London, Barcelona, Cape Town, Singapore, San Francisco, Washington, Halifax, and many other cities. So do places on the Brooklyn waterfront outside the park, such as Fulton Landing and Dumbo.

The good news is that a waterfront renaissance can happen rather quickly. In just 15 years, Paris went from near-nothing to the world's best. Washington, DC has come a long way in 10 years, and Halifax turned around their harbourfront in even less time. Brooklyn can catch up.

The first step for improving Brooklyn Bridge Park is replacing the berms with usable public space that offer food and display art and other cultural exhibits, similar to Porto.  The next step is converting some of the vast expanse of riprap to playgrounds and other magnets for activity and social interaction as Paris has done. Halifax built out over the riprap, adding a significant amount of public spaces. All this  would make a huge contribution to Brooklyn's growing reputation as a great global city.

Brooklyn Bridge Park has 6 piers. Two of them are large athletic facilities. They are much needed and well-used, but do not offer any place for visitors not participating in sports events to have a conversation or enjoy a snack.

A Bright Spot Under Brooklyn Bridge: 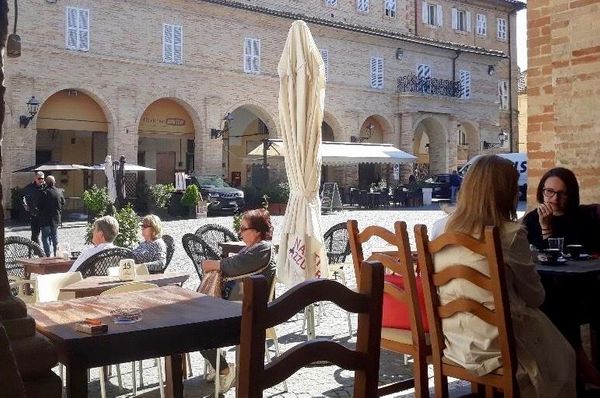 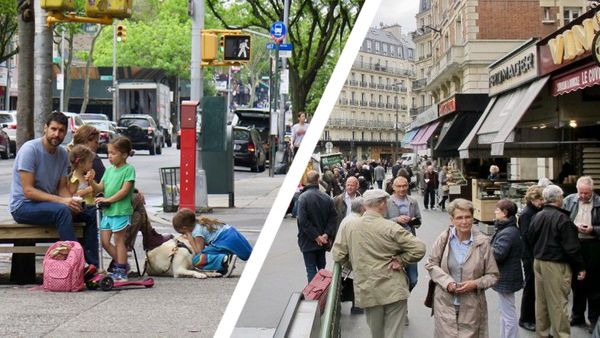