In praise of sociability—the active ingredient of everyday life

Longtime placemaking activist Mark Hinshaw lives in an Italian village, which has been shut down for all but essential activities.  After describing how social life goes on amid physical distancing in an earlier essay, he now celebrates the deep sense of community that has been put on hold.

“You don’t truly appreciate something until its gone.”

That may be a cliché. But it doesn’t make it any less true.

In this period of lockdown, our life in a  small Italian hilltown has been severely constrained, along with much of the world’s population. As with other people in Italy, we have been carefully observing social distancing and directives to stay home. This is difficult. Most humans are naturally sociable; we thrive on proximity to other people.

What I miss the most  is the sense of community that was apparent every time I would step outside our house and walk about our village. The camaraderie and connection was always evident. People greeted each other without fail, stopped for a chat, and embraced each other with genuine enthusiasm. Some observed the world from a café chair, a balcony, or a front step. I always looked forward to seeing the friendly faces of the two women in the bakery, the ebullient owner of the small grocery store, the couple who owns the meat market, and the baristas in the bars. If I were out longer than ten minutes, I would be sure to run into several people I know. A ten-minute walk quickly turned into a forty minute walk.

What we have now is a temporary pause in community. But I have come to realize that it’s more than merely the life and liveliness of this particular village that I am  missing.

It has dawned on me that we live in a sort of sociological “nesting doll of communities". The smallest innermost one is our village. But there are three larger towns within a short distance that offer repeated and reinforcing human contact. All three host regular street markets through which we have come to know many merchants and food vendors. Some now know our tastes well enough that, as we approach, they hold up items that we might like.

In one town’s coffee bar that we frequent, the family that run it welcomes us loudly the minute we walk in. They often inquire about how we are doing in our village. It is a warm and soothing collective embrace that makes each visit seem extraordinary. One particularly affable patron will come up and pinch my cheek in a playful way; it took me a while to accept his unusual way of saying hello.

Beyond these three close-by towns, there are five more even larger towns that we feel a part of. One we are drawn to repeatedly because of its pristine, and often empty, beaches. Another we frequent because it is anchored by an exquisite Art Nouveau café, with formally attired waiters. The place instantly transports us to a century ago. Another town has a large specialty market carrying foods from Asia, somewhat unusual in a country that treasures its own cuisine. We and the market’s Chinese owners employ Italian as our common language. Yet another town hosts a monthly antiques market that feels like a Moroccan souk. It also has a splendid restaurant serving newly caught fish brought in from the Adriatic Sea, which is right outside their big windows. All these places add to the sense of community we feel here.

We have spent enough time in each of these towns to think of them all as our own. We’ve been to festivals, concerts, live theatre, and exhibitions. We have received medical attention in clinics and hospitals. We know which cafes are good and which are not.  We know the best places to buy cookware, shoes, eyeglasses, cured meats, gardening supplies, pellets for the heating stove, and so on. Each little business is not just an economic transaction, it is a social transaction involving human connection. We have come to know many of the owners by name.

I have also noticed that each of these towns, including our own, offers a variety of outdoor places for people to spend time. The typical postcard image of an Italian town usually involves a singular big square, perhaps anchored by an imposing church. However that is a simplified version of the expansive web of social spaces that residents enjoy on a daily basis. There are communities within communities, each with their own array of streets, promenades, piazzas, and parks for spending time in public.

Every town has at least a half a dozen important public spaces. Some are large; others are relatively small. (There is even a special word for a small, more intimate piazza – “piazzetta.”) There is always a main street with the cafes and major shops. But there are also quieter back streets where people can walk in solitude and contemplation.  These back streets are just as important in maintaining human contact.

Not long after we arrived here, we were strolling on such a back street in the week before the New Year. Suddenly, a total stranger emerged from his house. He noticed us and charged back inside. A minute later, he reappeared, approached us. and handed us a bottle of prosecco for the holidays. We thanked him and he disappeared into the evening.

It took us a while to realize that there was actually a tiny restaurant on one of our serene back streets. Otherwise lined with stately attached stone houses, little about the street suggested it hosted a commercial business. Finally, we noticed the glass door off to one side with a handful of tables visible. One year we booked a table for Christmas dinner. There were only four other people there that evening. So we all sat down with the owners and had a simple, delicious supper like an accidental family.

Italians have a saying that shows up a lot in casual conversations. “Piano, piano” they say. Take life slowly.  Don’t rush; savor the moments. Enjoy the people and the places around you. 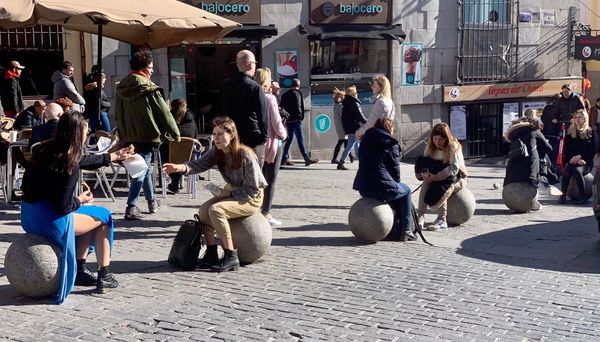 
Building Back Better, Together: 10 Ways to Restoring Social Connections and Local Economies


Passeggiata: An Exuberant Italian Custom We Should All Adopt 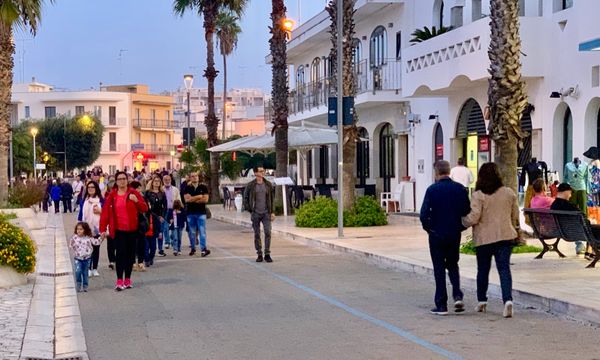 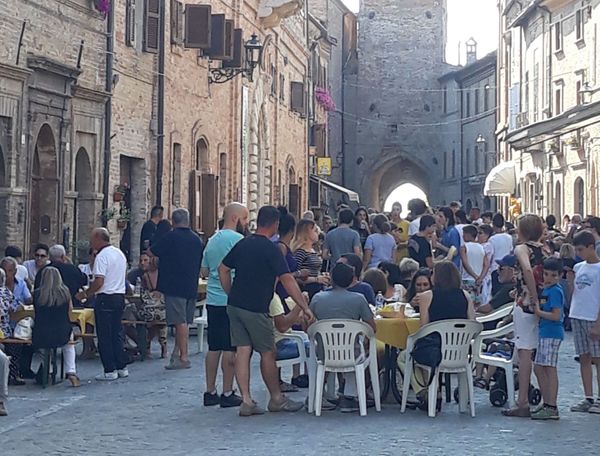 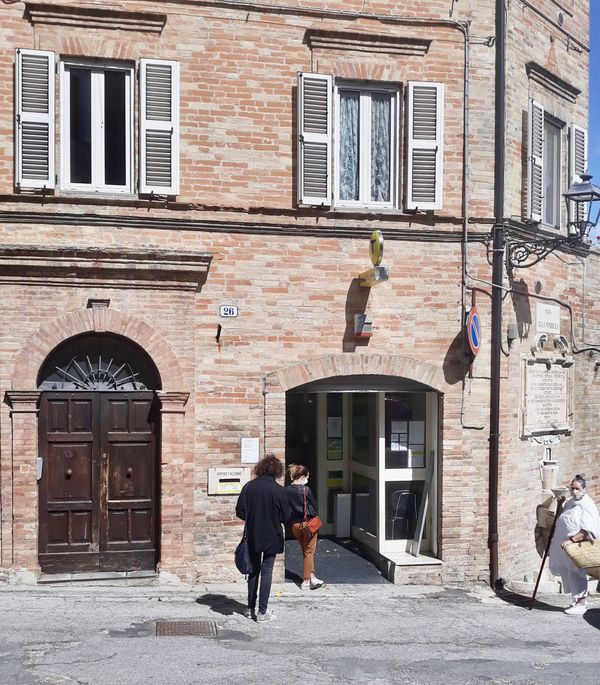 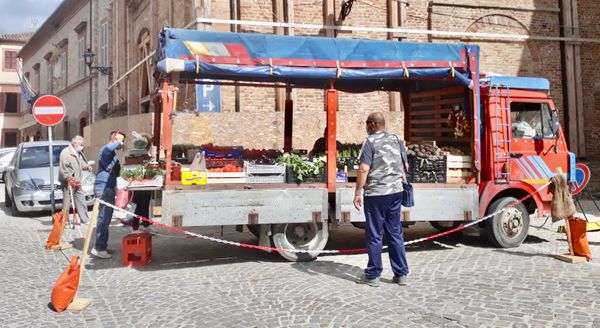 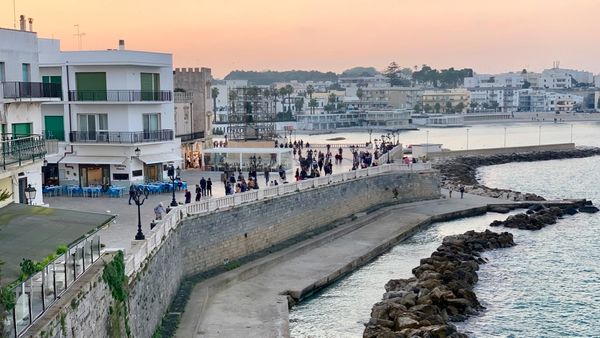